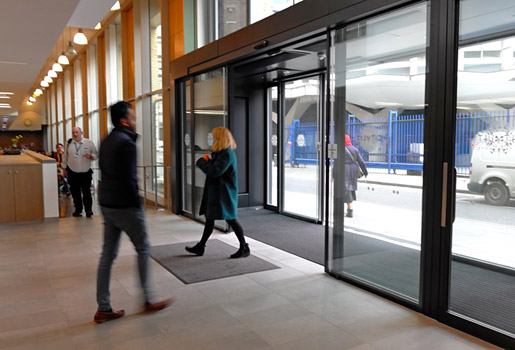 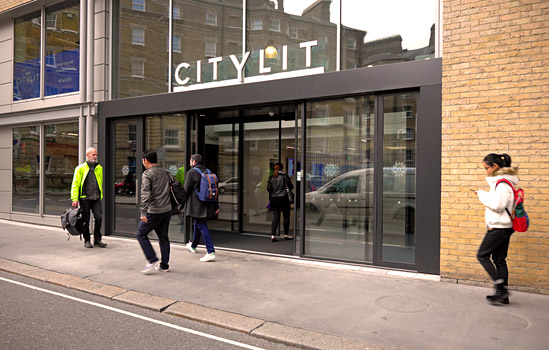 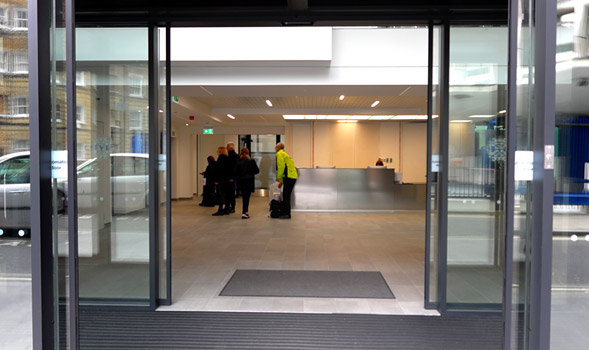 City Lit alterations
Special project : structural advice and entrance portal design
The central London adult education college City Lit has been teaching courses since 1919. Its present building dates from 2005 and was designed by Allies and Morrison — with structural engineering by whitbybird. In 2019, we worked with Fabric-Space on alterations to the entrance and foyer.

Our involvement started with a feasibility study for a two-storey extension to the roof of the building. However, City Lit decided not to take this forward for planning reasons.

In the foyer area, we provided advice on the creation of a new opening in a shear wall behind reception that is part of the structure’s stability system. We determined the extent of the redistribution of loads that would result and the extent to which we could rely on existing structural capacity. Additional steel framing has been designed for the support of residual loads.

For the new entrance doorway on Keeley Street, we designed a steel portal frame that supports two sets of sliding doors with an air lock between. 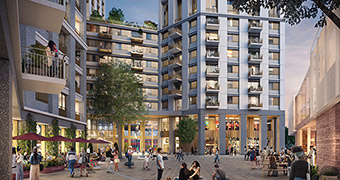 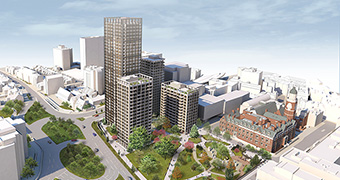 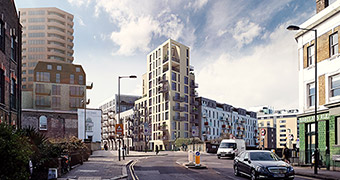 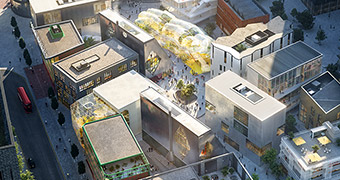 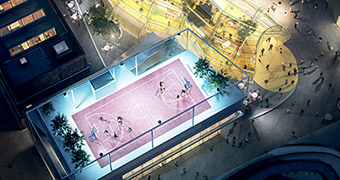 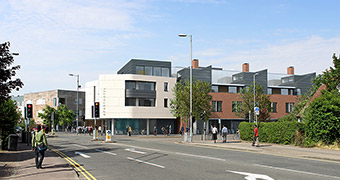 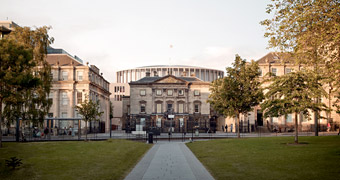 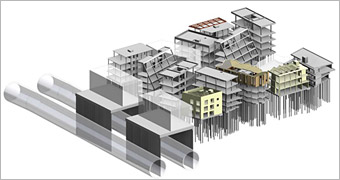 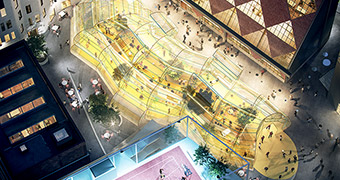 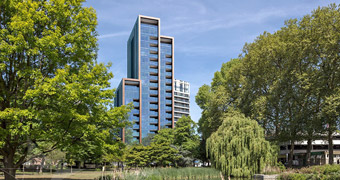 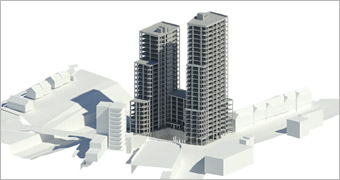