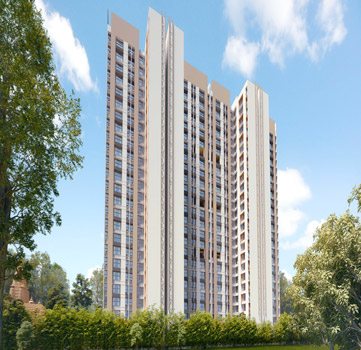 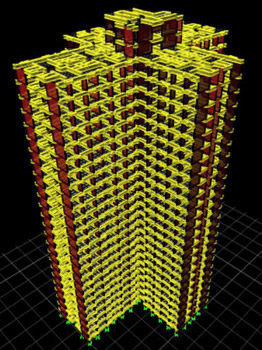 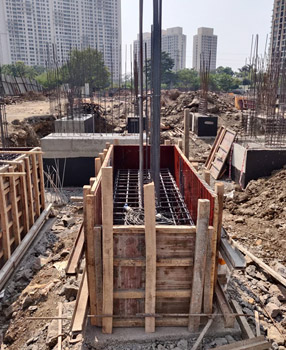 Each tower consists of ground + 23 floors, reaching 69.6m in height. The group is arranged in linear fashion on a level site, with the buildings placed to maximise views and avoid facing their fellows directly. Two further structures — a basement + 10-level car parking building and a 14-level amenity building — accompany the towers. All are founded on bored cast in-situ piles on hard rock with pile caps.

To make the most of the potential economies of scale, the elements of the concrete frames were carefully considered. Shear wall sizes for the apartments have been kept to four types, repeated in all towers. For the seismic design, cantilever shear walls are used for lateral load resistance, eliminating the need for beams in the lateral system and so avoiding the requirement for seismic detailing of the joints. The amenity building is flat-slab, with solid walls and glazed cladding.

Building services installations have also been standardised for the unit typologies, and located in compact shafts. The development includes resident facilities such as clubhouses, gyms, jogging tracks and swimming pools, and areas of landscaping. Fire engine movement is allowed for at ground level on the peripheries of the tower footprints.

To minimise the use of shuttering materials, reducing the embodied energy of the project, a staggered construction programme was developed. The project went from concept to construction drawings in just 12 weeks, and the construction of three towers up to plinth level in a further 12 weeks. 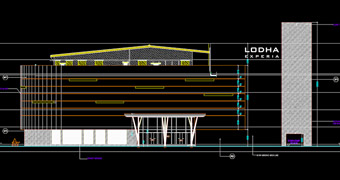 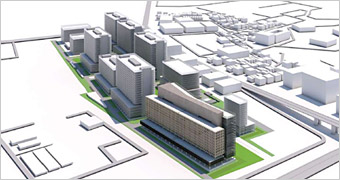 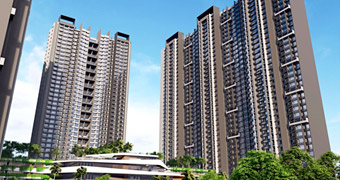 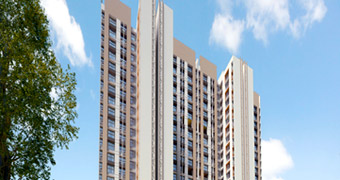 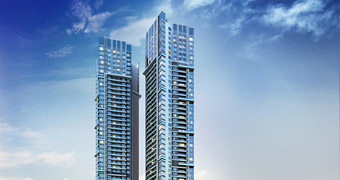 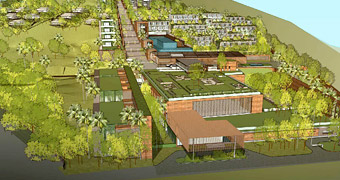 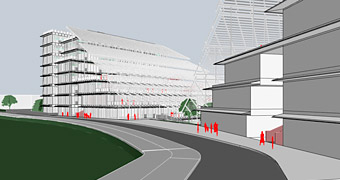 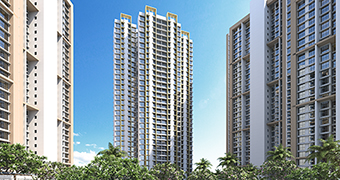 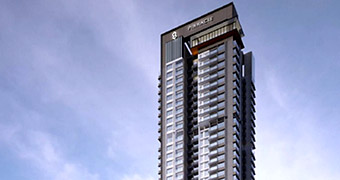 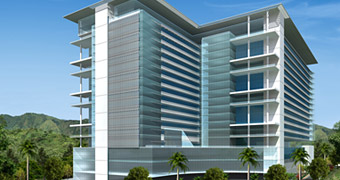 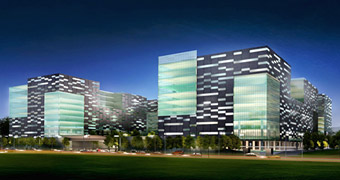 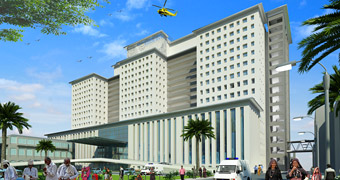 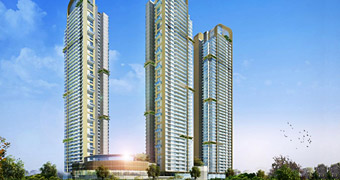 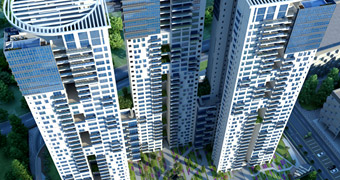 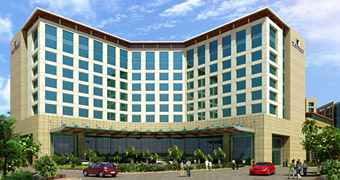