Progress on basement adaptations for The Wiltern

November 2021
Enabling works for The Wiltern residential project in Ealing, London, are well underway. In phase one, alterations to the existing adjacent Tesco’s basement car park and the construction of a new connecting access ramp will minimise local disruption when the main building starts on site.

We are working on the structural and civil engineering from Stage 3 to construction for the whole project, which will provide 278 build-to-rent units in a 10-16 storey new building for Amro Real Estate Partners, located behind the Grade II* listed Hoover Building in Ealing, West London, on the site of a former Tesco petrol station. The site photo shows the construction of the ramp that will link the retained section of the existing basement to the single-level basement of The Wiltern. The adjoining new basement will be constructed in phase two. 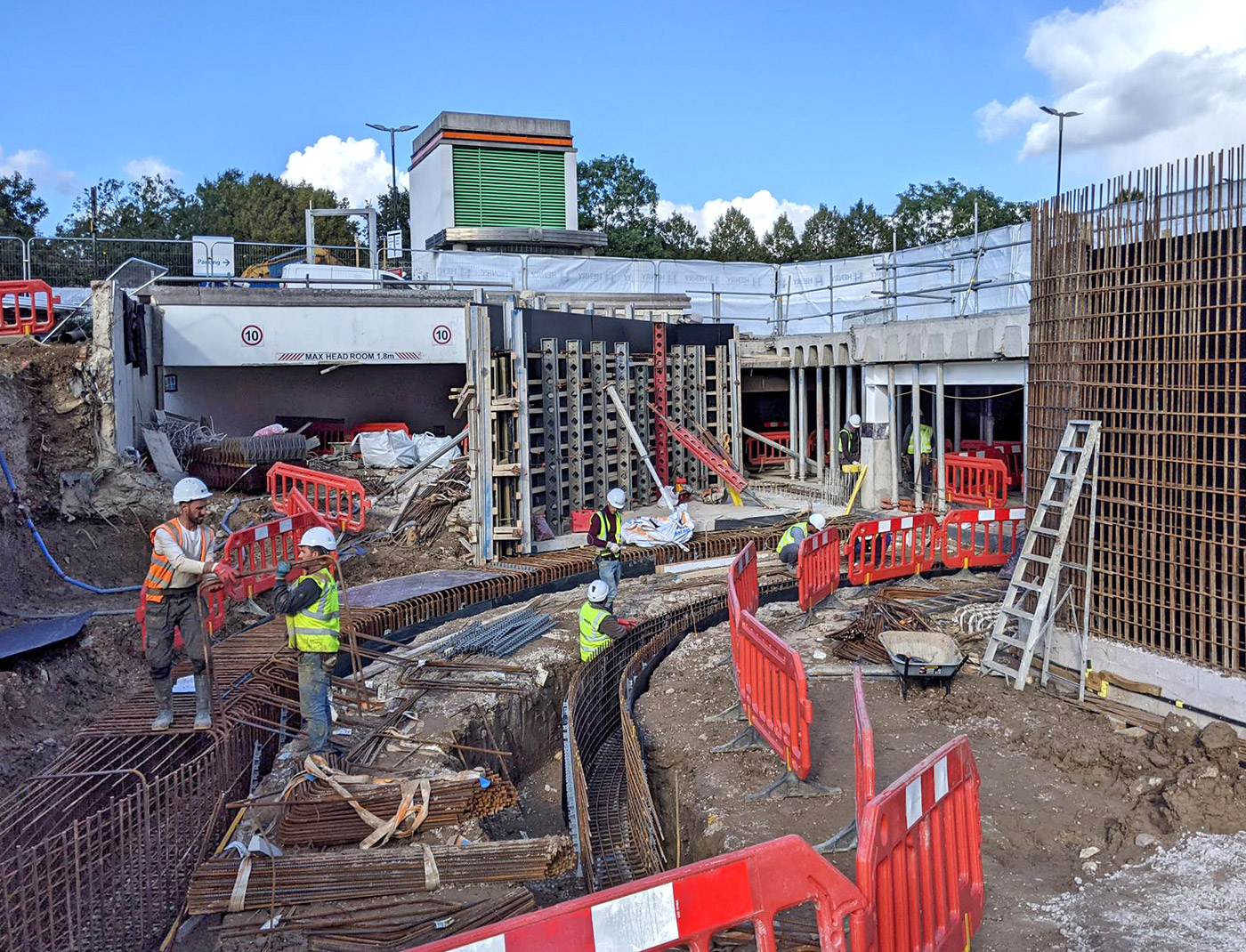 The ramp and its retaining walls are structurally independent of the existing installations, resolving their own stability with shear keys, as the lateral stability load path of the Tesco basement has been left unaltered. The phase one works also include two new escape stair cores to replace existing ones scheduled for demolition, the strengthening of the first bay of the existing basement to support fire tender and maintenance crane access and alterations to the existing ground floor and basement rafts — including a cast-in chamber and below-ground drainage.

Limited information was available on the Tesco car park structure, so intrusive surveys were required. Further assumptions made during the design process were confirmed during the demolition phase. The strengthening works have required robust sections, as the headroom is limited.

On completion of phase one, the basement will reopen, enabling the contractor to begin phase two piling and excavation of the new basement. 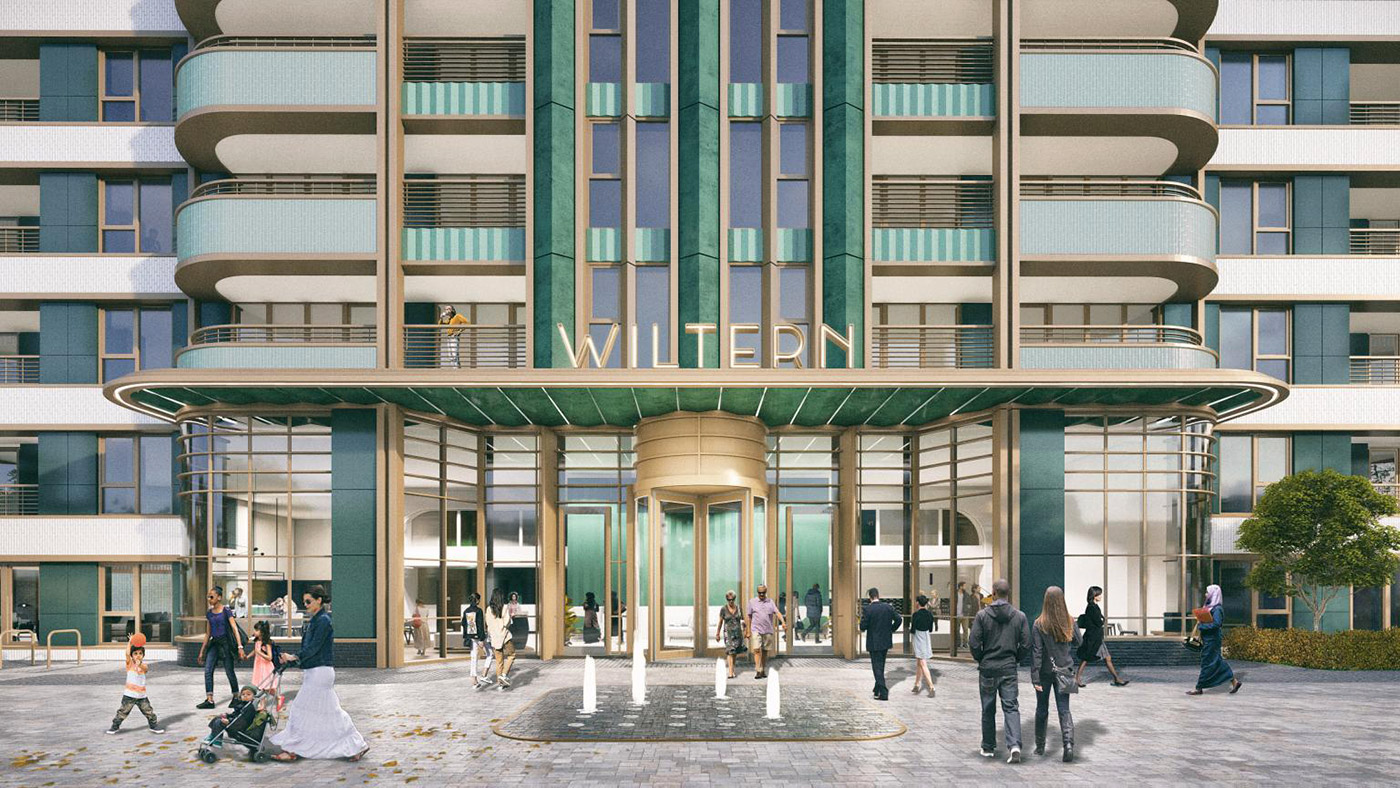 The Wiltern is designed by HTA Design. Completion is schedule for 2023.
Render courtesy HTA Design