April 2020
Legal & General has announced that planning approval has been granted for its £215m retirement community project for the site of its former Kingswood headquarters in Surrey — to be developed by its later-living business, Inspired Villages. The architect is Haworth Tompkins, with civil, structural and geotechnical engineering by Whitby Wood.

Works are due to commence later this year. The project, which will be one of the UK’s largest retirement communities by value, is set to create around 175 construction jobs per annum over the 6.5 year build period, and up to 80 new permanent jobs once operational. Inspired Villages will transform the 43 acre site into a later-living community, with 270 specialist age-appropriate apartments and up to 10 respite units, alongside the existing Grade II* listed building, the long-term future of which will be ensured. The former HQ building was designed by Arup Associates and constructed in 1986-91. 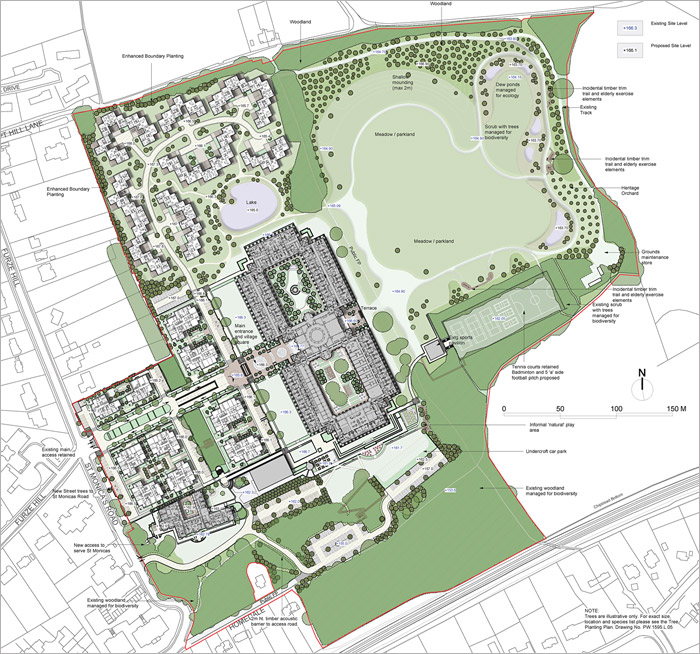 An exemplar of local community engagement, the scheme was developed over a 15 month period in close consultation with key stakeholders, including Historic England, the Kingswood Residents’ Association, the Copt Hill Lane Association and Reigate & Banstead Borough Council’s technical officers. On-site facilities that will be available to the wider community include: a wellness centre with swimming pool, studio, gym and tennis courts; dining and recreation facilities; a small-business centre; and a children’s nursery. The existing building and its landscaped areas will be refurbished, opening up 16 acres of parkland for permanent community use. 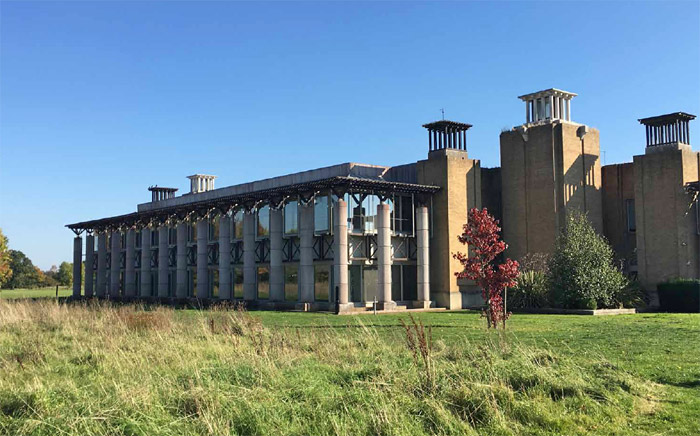 Whitby Wood associate director Scott Lewis: “We are really happy that we are part of such a talented team enabling the repurposing of this striking building. The planning approval represents an amazing milestone for the project and is a reward for the team’s hard work. We are looking forward to progressing the design to the next stage and taking the project to site.”